Crash: Clayton Butler died Saturday after crashing in a paraglider jump off Kaena Point in Hawaii and fell 50 feet

A 30-year-old extreme sports enthusiast who lost his new wife in a failed BASE jump died almost a year later in a paragliding accident.

It wasn’t until two weeks after their wedding that Clayton Butler saw his wife Amber Bellows, 28, collapse 2,000 feet to death after his parachute failed to deploy while jumping from ‘a famous peak in Zion National Park, Utah.

On Saturday, Butler tragically joined his wife in the death while on vacation in Hawaii.

The daredevil jumped from Kaena Point on the island of Oahu to paraglide, but crashed and fell about 50 feet.

He was rushed to hospital in critical condition where he later died.

The medical examiner said he died of “blunt chest injuries”. The accident is still under investigation.

In a Facebook post about a week before the crash, Butler wrote that he was going to Hawaii to do “wingsuiting, speed flying and base jumpin”. See if I can’t find a snorkel and board for a few days too ”.

It is not known if paragliding is permitted at Kaena Point.

Butler’s best friend Josh Lloyd said his death was “a tragic accident and nothing more” and that the couple will be missed by their entire Salt Lake City, Utah area.

“Clayton was one of the hardest working and most passionate extreme athletes I have ever worked with. As a friend, I can also tell you that he was a very sincere and generous person, ”Lloyd told KSL.

The couple made headlines last year after Amber’s untimely death marked the first BASE jump death for Zion National Park.

Scroll down for video 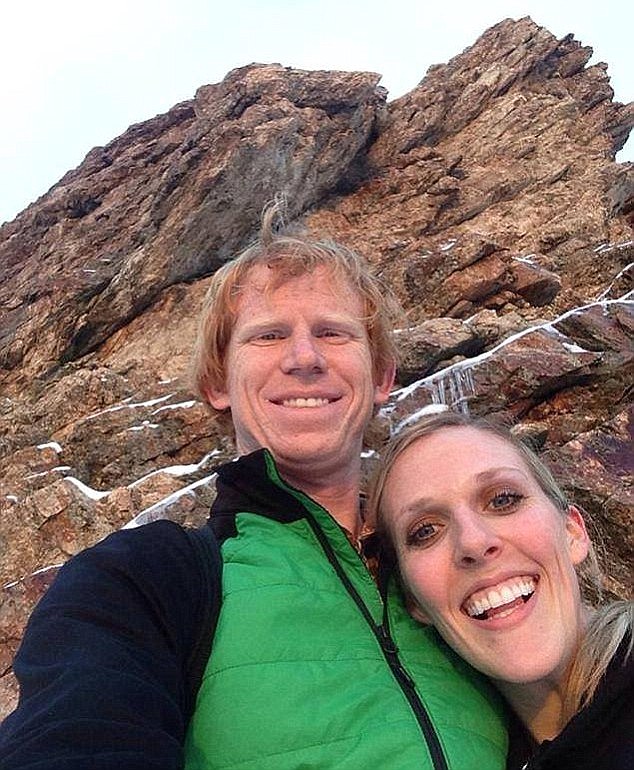 Just newlyweds: Butler lost his wife Amber Bellows (right) in a similar accident almost a year ago. The couple had only been married for two weeks when they decided to BASE jumping from Mount Kinesava in Zion National Park in Utah. Amber jumped first and died when her parachute failed to deploy. In the photo above in a photo posted to her husband’s Facebook 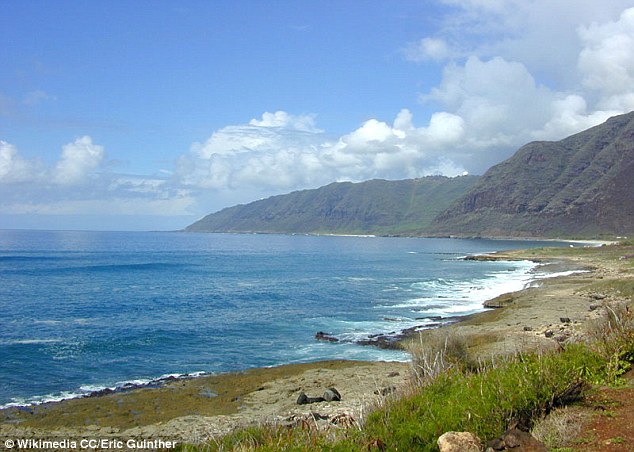 Crash scene: Butler jumped out of Kaena Point (pictured above) on Saturday. He was rushed to hospital in critical condition where he later died

The newlyweds climbed the park’s Mount Kinesava on the morning of February 8 to jump off the staggering cliff, against park rules.

In the aftermath of the tragedy, Butler appears to have posted photos on his Facebook, showing their several hours of hiking up the mountain that day. It’s unclear if the photos were taken on the same day she died, but one of the shows shows Mount Kinesava bathed in morning light.

Other photos in the same set uploaded four days after the tragedy show Amber climbing a rocky path and posing against the picturesque canyons of Zion. 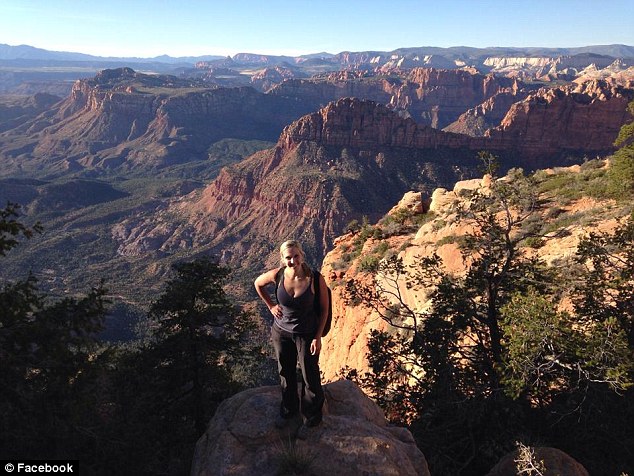 Adventurers: In the photo posted to Butler’s facebook just four days after his death, his wife Amber is seen climbing a rocky trail that appears to be Zion National Park – where the fatal BASE jump occurred 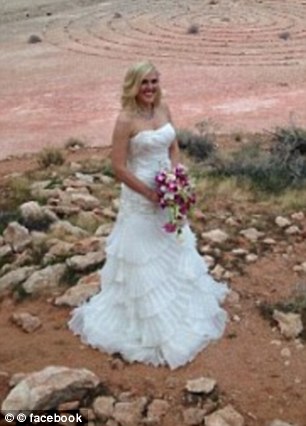 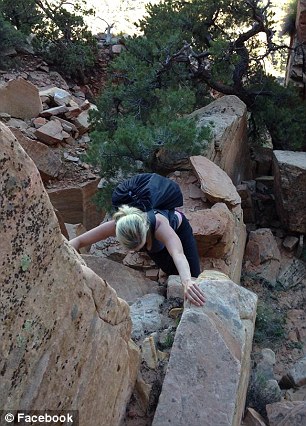 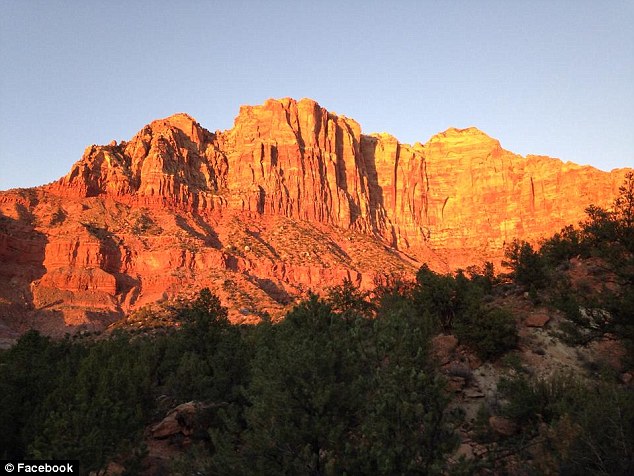 Their target: Mount Kinesava can be seen in this photo that Butler posted to Facebook four days after his wife died jumping off the cliff

Amber was the first to jump that afternoon, and her husband knew something was wrong when his parachute didn’t deploy at the right time.

He immediately jumped after her but couldn’t save her. Even more painfully, it took her four hours to walk out of the park to get help recovering her body.

The National Park Service fined Butler $ 5,000 after the accident for violating the park’s ban on BASE jumping. 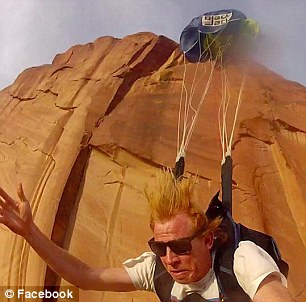 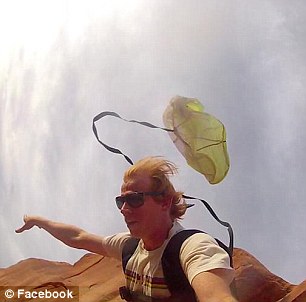 Won’t Stop: Butler continued his life of extreme sports after his wife’s death. In the photo above BASE jump on a photo posted on his Facebook last May 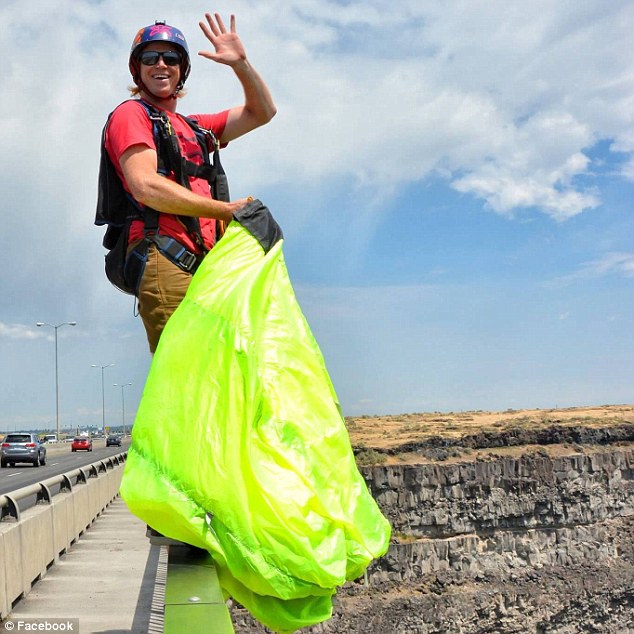 Daredevil: Butler pictured above before another base jump from a bridge